The COVID-19 pandemic has been an extraordinary shock to the international economic situation. It has additionally suppressed the energy sector by rapidly bringing demand down. Consequently, plunging demand has resulted in a bottoming out of coal and oil costs virtually everywhere. This descent is speeding up the shift away from these fuels in numerous markets.

Asia’s energy future is a crucial factor for the health of the global climate.

REN21’s Community Manager, Vibhushree Hamirwasia, comments on why it is a tough race between coal and renewables in Asia.

Asia is home to over 50% of the world’s population, over 60% of the world’s largest cities and this region has seen tremendous economic growth. Economic growth comes with rapidly increasing energy demand. While renewables in Asia are on the rise, fossil fuels (especially coal and natural gas) are rising even faster to meet this demand.

Consequently, Asia remains a coal stronghold with the risk of even offsetting the global decline for coal. Over 80% of the 500 GW of global coal capacity is located in Asia and this is only expected to grow. Experts believe Asia’s share in the global demand for coal could increase to 81% in 2030 (up from 77% now), The consequences would be desastrous. More coal means more air pollution and energy insecurity. Already now, over 45% of the world’s CO2 emissions are concentrated in Asia. The region counts 93 of the 100 world’s most polluted cities. The connections between pollution and negative health impact are clear.

A different energy future is possible

I find this rise in coal appalling. In almost all other parts of the world, companies are divesting from coal and governments. Even if demand is on the rise, governments can choose to tender new renewable energy capacity rather than fossil fuels. As pointed out by Carbon Tracker’s report, the economic case for renewables already exists in many Asian countries, especially in the power sector. So, why should countries choose to invest in new coal capacity? In the end, the greater the investment in coal is, the higher is the risk of creating future stranded assets. As a result, people in the region will have to bear phenomenally high costs and debt.

Kitty Bu, Global Renewable Energy Lead at the European Climate Foundation, confirms my assessment: “Price is not an issue in South and Southeast Asia. Renewables don’t need government subsidies. Renewable energy paired with storage has set record low prices during COVID. Governments need to take away subsidies for fossil fuels, create a level playing field for renewables and let markets do the job”.

It is harder for energy markets in developing countries to attract global finance. As a matter of fact, much of the coal infrastructure in Asia – particularly in developing countries like Bangladesh, Pakistan, Viet Nam, and Indonesia – are heavily reliant on financing from the Asian giants of China, Japan and the Republic of Korea. The financing from these countries for supposed “clean coal” projects in Southeast Asia has been heavily criticized by the international community, with evidence pointing to how even the most “advanced” coal power plants are high-polluting and aren’t economically viable.

Divyam Nagpal, Independent Consultant on Renewable Energy & Energy Access, comments: “Rather than rescue a sector (coal) that will die an imminent death, funds need to be employed towards renewables. The economics favor renewables. And it all boils down to economics at the end of the day.” Well, I guess this should be obvious, but to my despair, it still isn’t so.

The economics work, and so does the case for resilience

The COVID-19 pandemic has, undoubtedly, revealed the need for resilient, secure, and independent energy systems in all countries. Especially in resource-light countries as in Asia, where economies need to prioritize steady energy supply. Renewable energy technology has come a long way, and the old adage of ‘variability = instability’ simply does not hold anymore. 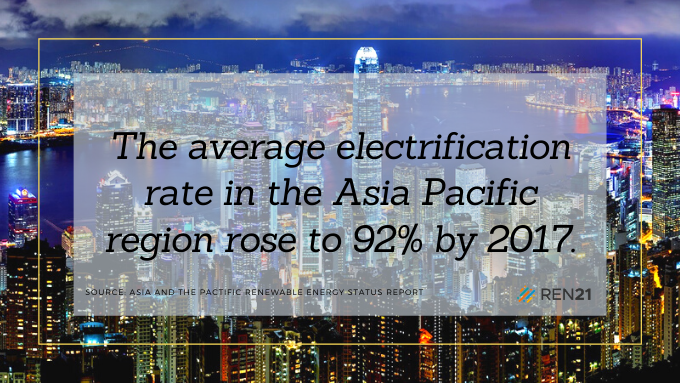 Bu underlines: “the ‘impossible’ is happening right in front of our eyes: we’ve seen record penetration of renewables in the grid in many countries during the COVID-19 pandemic, including in China, Mexico, the UK. The myth around high renewable penetration disables grids is busted.”

Actually, it becomes harder and harder for governments to find good arguments to incentivize fossil fuels. Nagpal says: “India for example talks about job creation by opening up and promoting the coal sector. But investments in renewables also create jobs, possibly even more. The quality and number of jobs must be an important assessment. The phase-out of coal is inevitable, so we should focus on creating a skilled renewables workforce.”

The time for renewables in Asia is now

The continued push for coal power in Asia is the biggest global risk to the Paris Agreement. With the sheer size and influence of the continent, even a small number of new coal plants in Asia is a serious threat to all efforts to keep climate change in check. If Asia does not change course, we’re heading towards a gloomy future.

Change is never easy and disruption causes resistance. But Asian governments need to realize that they have a responsibility to foster change instead of resisting it. Especially, if change comes in the form of economically attractive and technologically feasible options. I trust they will.

Masdar and Cosmo Energy to explore renewable initiatives in Japan